THINGS TO DO IF YOU ARE A SNAIL: Two Different Versions of a Poem 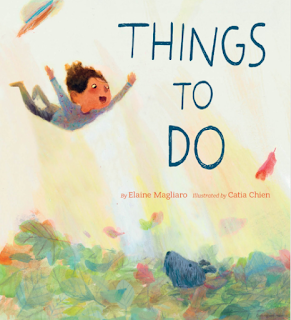 Here are two versions of my Things to Do If You Are a Snail Poem. The first is the version that was included in the original manuscript that was sent to Melissa Manlove at Chronicle Books. The second is the poem that is included in the published book.

THINGS TO DO IF YOU ARE A SNAIL


And everywhere you chance to roam


Bring along your mobile home.

THINGS TO DO IF YOU ARE A SNAIL


The wonders of your world are small.


Enjoy them all.
Why did I change the ending of the poem? My editor felt the last two lines needed revising.
Melissa wrote to me: LOVE the first two lines. Love the image I get of a child hunched over a snail, getting a good look at this small creature.  The last two lines are not wrong... but don't feel as strong as the first two. They also sound to me like a slightly different voice.  Revise a bit?
********************
REMINDER: I am giving away signed copies of my book THINGS TO DO during National Poetry Month. I will collect the names of people who have commented on my blog posts each week in April and put them in a bag. Next Sunday, I will draw a name from the bag of someone who commented on a post that I published during the week of April 8-14.
Drawing dates: April 15, 22, 29, 30.
***************
News of my winning the 2018 Margaret Wise Brown Prize in Children's Literature made The Boston Sunday Globe: 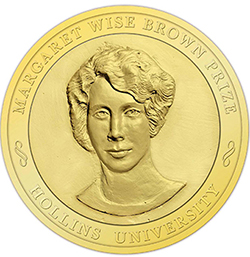 ﻿
‘Things to Do’ wins picture book prize
The Margaret Wise Brown Prize in Children’s Literature honoring the most distinguished picture book of the year went this year to Massachusetts resident Elaine Magliaro for her dreamy, rhyming debut, “Things to Do’’ (Chronicle), illustrated by Catia Chien. Magliaro is a retired elementary school teacher and former school librarian. She also taught a class on children’s literature at Boston University from 2002-2008. “Things to Do’’ anthropomorphizes everyday objects and events, including boots, an eraser, an acorn, dawn, a snail, scissors, and details the things they do in elegant, unexpected verse.

Posted by Elaine Magliaro at 1:26 PM