Today’s mask (persona) poem is for Jone (AKA Miss Mac) at Check It Out. Jone was kind enough to to add Wild Rose Reader to her blogroll soon after I launched my solo blog. Jone served as one of the five Cybils poetry judges. There’s a profile of her at the Cybils website…so check it out! And thanks, Jone, for your kind words and support.

I’m a slippery slitherer
silent and sleek
sliding and slinking
through grasses
I sneak...
weaving and winding
legless and low
I slip slyly hidden
wherever I go.
Wending and bending
by stalk, stem, and stone
like a ribbon of muscle
and skin without bone
tongue catching the scent
of a soft, furry prey.
Smells like it’s field mouse
for dinner today!

I love mask poems. My students had great success writing mask poems in the classroom. I also lead poetry-writing sessions with students when I was a school librarian. Here are links to some collaborative class mask poems written by students with me in my school library, to a lesson for a poetry writing exercise, and to a page at the Village Writer site that has a definition of a persona poem and some examples of persona poems.

It is always wise to immerse children in mask/persona poems written by a variety of poets before asking them to write their own poems. Here are some books with mask poems that I used in the classroom and in the library to inspire my students.

In Baylor's collection, we hear the voices of desert animals—including those of a jackrabbit, a rattlesnake, a spadefoot toad, a buzzard, and a coyote. This is an excellent book! 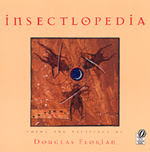 
OUT OF PRINT BOOKS
Both of these books have exceptional examples of mask poems. If you can locate used copies--buy them. I found both books invaluable in the classroom and library.

Kuskin speaks in a variety of voices in the poems in this book: those of a broom, a kite, a lion, the snow, the night, a dragon, a snake, a jaguar, a strawberry, a clock, and more.

In this book, Singer captures the voice of a different animal for each month of the year. She also has a bullhead fish explain what her life is like during each of the four seasons.

I'm feeling a little old now. I remember when Turtle in July was NEW! It's still one of my favorite classroom poetry books!

TURTLE IN JULY is one of my favorite poetry books, too. It's got excellent poems and lovely illustrations. I wish it would be reissued. It's sad to see such great books go out of print.

I love the Snake Soliloquy!

I love Byrd Baylor's work too! Her love of the desert shines right through her words.

I am enjoying these poems so much. You have great resources too - thanks!

I found this site using [url=http://google.com]google.com[/url] And i want to thank you for your work. You have done really very good site. Great work, great site! Thank you!

Who knows where to download XRumer 5.0 Palladium?
Help, please. All recommend this program to effectively advertise on the Internet, this is the best program!