Sorry that I wasn't able to post last Friday. I have been having major problems with Internet connectivity--even after someone from Comcast came out to fix things. After that, things were fine...for five days. Then last Friday I couldn't connect at all. It appears that we finally have the problem solved--but I'm keeping my fingers crossed!

Today, I have a photograph, a thirteen-syllable haiku, and a riddle rhyme for you. 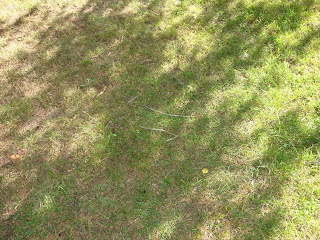 Catherine has the Poetry Friday Roundup at Reading to the Core.

I thought my Internet connectivity problems were solved after Comcast came out to our house last weekend. Things were great until Friday morning. Since then, I haven't been able to connect to the Internet at all. It's so frustrating! All my poetry files are on my computer. In addition, I have been using my computer to do research for a poetry book that I have been working on. It gets SO frustrating!

At least, I can get some posting done when I have access to my husband's laptop. I thought I'd copy and paste three of my original school-themed list poems that I have posted at Wild Rose Reader before as this is back-to-school season.


THINGS TO DO IF YOU ARE A STAPLER

Click your metal jaws together.
Grip my papers
with your teeth of steel.
Then bite down hard
with all your might
and bind them togethertight….tight…tight!

THINGS TO DO IF YOU ARE A PENCIL

Be sharp.
Wear a slick yellow suit
and a pink top hat.
Tap your toes on the tabletop,
listen for the right rhythm,
then dance a poem
across the page.

What’s in my backpack?
Hmm…let’s see:
a tunafish sandwich,
raspberry tea,
an apple for the teacher…
and one for me,
a pair of scissors,
a stick of glue,
washable crayons…
and markers, too—
three sharp pencils
my Winnie Pooh
a bright red folder,
a paper pad,
a calculator to help me add…
and
a little love note from my dad!

Back to School 2015: Children's Books and Book Lists 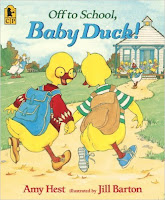 
Baby Duck is nervous about going to school. It’s a good thing Grampa is on hand to help allay Baby’s fears and send her into class singing a happy song. 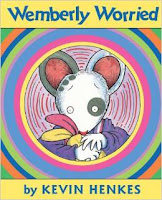 A BAD DAY AT SCHOOL AT SCHOOL 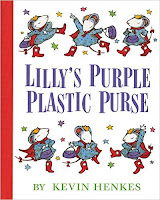 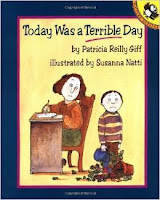 Today Was a Terrible Day


SCHOOL STORIES TO TICKLE YOUR FUNNYBONE 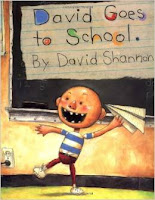 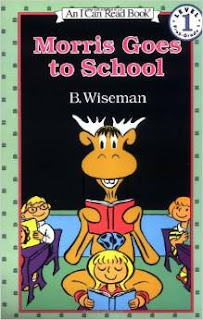 Morris the Moose Goes to School
Written & illustrated by B. Wiseman
Harper & Row, 1970


Morris can’t read or count. He goes to school to learn how. Young children will enjoy all the funny situations and experiences Morris has during his first day in an elementary classroom. 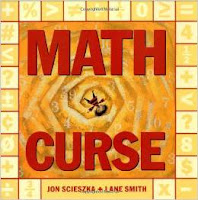 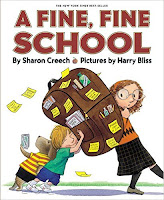 No matter how fine a school may be—too much of a good thing can prove to be a bad idea. Principal Keene learns about some of the other important things in children’s lives from a young girl who has the courage to speak up to an adult. 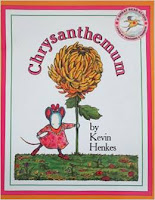 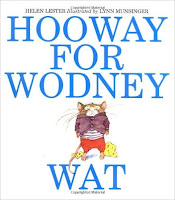 Poor Wodney Wat (Rodney Rat) can’t pronounce his r’s. His classmates constantly tease him. When Camilla Capybara, a new student who is a big bully, enters the classroom, Wodney fears his days at school will only get worse. Fortunately for Wodney, he is a hero by story’s end because he gets rid of Camilla….forever. 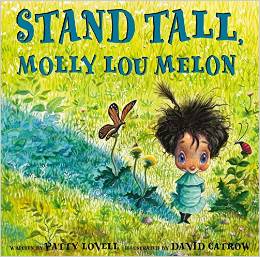 Molly Lou is the shortest girl in first grade. She’s got buck teeth, has a terrible singing voice, and is quite clumsy. Her grandma gives her the courage to take pride in herself. Then Molly Lou moves to a new town away from her grandma and old friends. A bully picks on her and teases her—but Molly takes it all in stride and wins over her classmates…including her harasser. 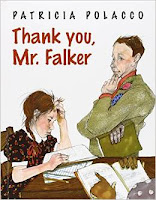 Autobiographical story about young Polacco who was teased by classmates and called a “dummy” because she couldn’t read. In fifth grade, a teacher who is both understanding and wise takes the time to tutor the young artist every day after school and opens the world of words to her.

BACK TO SCHOOL BOOKS

Back to School Books (Bank Street)

Back to School Books (Parents' Choice)

It's Time to Think About...Back to School Books! (ALSC Blog)

Back to School (Powell's)