NPM: A Suitcase of Seaweed by Janet Wong: Post #11


A Suitcase of Seaweed & More by Janet Wong


ABOUT THIS BOOK
A Suitcase of Seaweed was originally published in 1996 by Margaret K. McElderry Books, an imprint of Simon and Schuster, as thirty-six poems plus three prose pieces. It received many accolades and was named an NYPL Book for the Teen Age and also an NCSS Notable Trade Book in the Field of Social Studies.
While the entire text of the original book is presented here in A Suitcase of Seaweed & MORE, more than half of this book is brand new. You’ll find snippets of story about the inspiration behind the poems, extensions of the themes, and general musings, as well as writing prompts to get young readers thinking, talking, and also writing about their own identities. Wong’s “Advice for Writers” will inspire them to write their own books, too!


From Kirkus: “With its new content, this poetry collection now offers layers of meaning both literary and practical, making it a strong resource for teachers of creative writing, school libraries, and anyone interested in exploring identity and belonging.”
HOW OUR DIFFERENCS CAN CONNECT US
I purchased A Suitcase of Seaweed when it was first published. Even though I'm not Korean or Chinese American, I'm the daughter of an immigrant who came to this country from Poland around 1920. All four of my grandparents were Polish immigrants, too. People from different countries have different traditions and eat different foods. When they come to America, they often want to keep some of their ethnic traditions and prepare foods that they ate--as my parents would say--in the "old country."
Janet explains her inspiration for her poem A Suitcase of Seaweed. Her Korean grandmother (Halmoni) came to the United States for her first visit around 1975 or 1976. At the airport, Janet spotted her grandmother coming out of Customs dragging a heavy suitcase stuffed so full that she held it shut with duct tape. Janet hoped it was filled with special presents for her--traditional Korean dresses and shoes and paper fans. Instead, her Halmoni had stuffed her suitcase with seaweed and dried squid--foods that Janet's mother had told her that she wasn't able to find in any of the markets where she lived.
A Suitcase of Seaweed
by Janet Wong


Across the ocean
from Korea
my grandmother,
my Halmoni
has come--
her suitcase
sealed shut
with tape,
packed full
of sheets
of shiny black
seaweed
and stacks
of dried squid.
We break it open,
this old treasure
chest of hers,
holding our noses
tight
as we release
its ripe
sea smell.


Janet's poem spoke to me of an experience that I had in the summer of 1967 when I was twenty years old. I was going to visit my Aunt  Irene in Medina, Washington. She had moved away from Massachusetts more than a decade before. My father's family insisted that I take along foods that my aunt and uncle said they couldn't get out in the Seattle area--fresh kielbasa and kasha. I can't remember what other foods I packed in my carry-on bag. I was concerned about the smells that might emit from that bag while I was on the plane.
**********


In her book, Janet poses a hypothetical situation and some questions for children to think about:


Your family is moving to another country for a year. You don't know a whole lot about this place, but you know you won't find your favorite foods there. What will you pack in your suitcase? Chocolate? Cheese? Will people look at your suitcase and think that you are strange?


BOOK GIVEAWAY
I'll be giving away an autographed copy of A Suitcase of Seaweed & More by Janet Wong. It's not only an excellent poetry book--it's also an excellent classroom writing resource, which could help to inspire students to write poems about their own life experiences.
To be entered into the drawing for the book, all you have to do is to comment on any of my Wild Rose Reader posts that I publish from April 14th through April 20th. I'll announce the winner on Sunday, April 21st.
**********
RECOMMENDED BOOKS
The Ugly Vegetables by Grace Lin 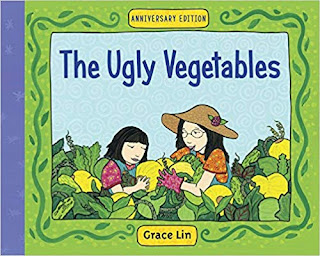 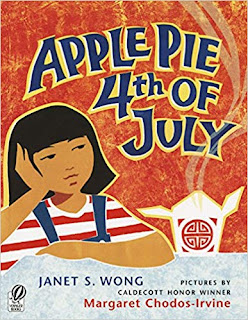 My Chinatown: One Year in Poems by Kam Mak 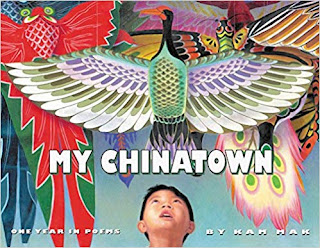 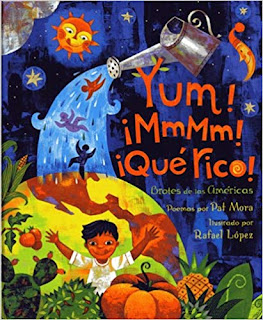 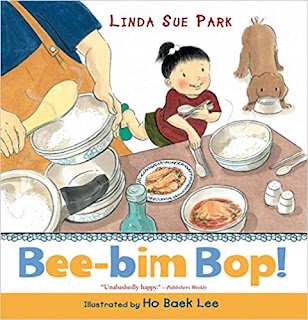 Too Many Tamales by Gary Soto 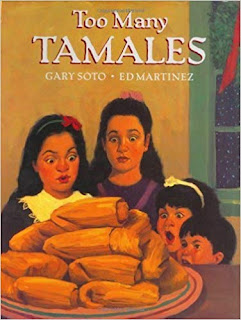 Posted by Elaine Magliaro at 12:18 PM

I love how Janet Wong teaches through her poetry, yet you don't even realize it. And she honors her ancestors and culture, family, reality and love shown in different ways but from similar heart-work. Poetry can show us that even though we have different ways of doing things, our feelings, hopes and dreams are more connected than we may see at first.

Janet is a force! I was excited to see that this new volume/version was coming out, and I appreciate the sneak peek here, Elaine. Happy Poetry Month all around!