Brontosaurus of Another Name: A Poem of Address

Several years ago, I began working on Docile Fossil, collection of poems about dinosaurs, fossils, and extinct animals. I really haven't done much with the collection--except to post some of its poems on Wild Rose Reader. Here is one of the poems that I thought I'd post today...after I reworked the third stanza.

Brontosaurus of Another Name


you wandered about in my brain


of a long-necked beast.


you sauntered about happily


in the jungle of my mind.


I have learned that


you are NO thunder lizard.


It really is a shame.


Apatosaurus is your name.

Have some fun reading dinosaur poems! I recommend the following books: 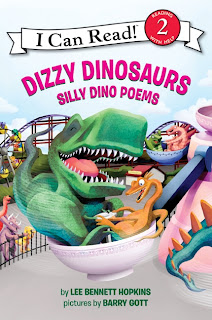 Dizzy Dinosaurs: Silly Dino Poems—
An I Can Read Book with poems selected by Lee Bennett Hopkins and pictures by Barry Gott. 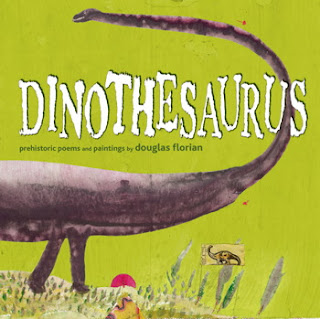 Dinothesaurus: Prehistoric Poems and Paintings,
which was written and illustrated by Douglas Florian.

Book Giveaway Reminder
My book giveaway for the third week of National Poetry Month (April 14-20) will be COWBOYS—with poems by David L. Harrison and illustrations by Dan Burr. NOTE: I’ll announce the winner of COWBOYS on Sunday, April 21st. 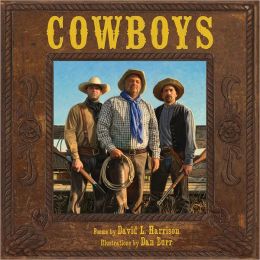 Posted by Elaine Magliaro at 1:56 PM

You have so many manuscripts. I wish I could read them all! I know I'd be entertained and learn something from each of them!

Yes! I would love to see all these manuscripts you mention. Perhaps one day they'll all be published. :-) I can't believe a brontosaurus really isn't. I'm looking forward to sharing dinosaur poems with my library kids this summer as we "Dig Into Reading."