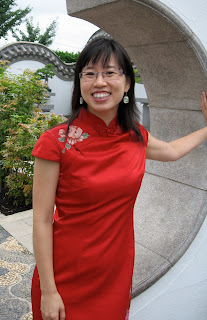 Well, 2010 certainly looks like it’s going to be a grand year for my good friend Grace Lin. She has already won a Newbery Honor Award and the Josette Frank Award for her wonderful fantasy novel Where the Mountain Meets the Moon. The book was on the NY Times Bestseller List (Feb 4th, March 14th 2010). In addition, it was designated a 2010 Indies Choice Book Awards Finalist for Middle Reader Book of the Year and was named one of Booklist’s Top 10 SF/Fantasy for Youth:2009 and to the 2010 CCBC Choices List. 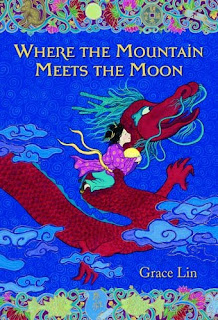 Now the Association of Booksellers for Children has announced that Where the Mountain Meets the Moon is one of four books shortlisted for The 2010 E.B. White Read Aloud Award for Older Readers! 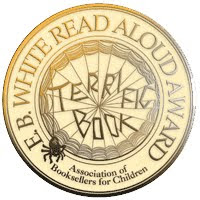 You can read all about Grace's NEW good news at her post wowee! over at her blog Gracenotes.

MORE GOOD NEWS: Grace is also planning another fabulous “book” birthday party this year for her first early reader—Ling and Ting. Click here to get all the details about the party. 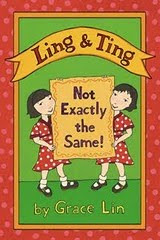 BTW, Ling and Ting has already received a starred review from Booklist, a super review from Fuse #8, and has been named a Junior Library Guild Selection.

Posted by Elaine Magliaro at 11:04 AM

Labels: Grace Lin, Where the Mountain Meets the Moon