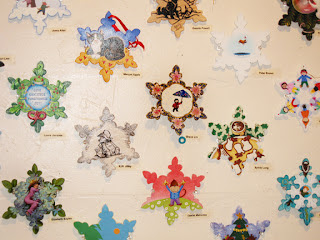 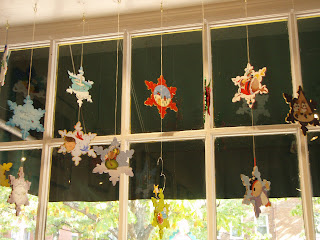 Auction 2 will begin accepting bids on Monday, Nov. 26 at 9:00 a.m. (Eastern Standard Time) with a starting bid of $100 for each snowflake. Bid increments are $20. All bids must be in before 5:00 pm (Eastern Standard Time) on Friday, Nov. 30. Don't forget that 100 percent of the proceeds from this online auction will benefit sarcoma research at Dana-Farber Cancer Institute. All but $25 of the winning bid is tax deductible. 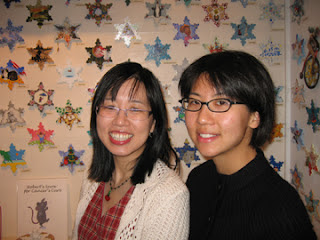 Read about all the illustrators who contributed to this auction at the sites linked below. (The order presented is the same as on the auction page.)

Ashley Wolff at A Chair, A Fireplace & A Tea Cozy
Karen Katz at Whimsy Books
Maxwell Eaton III at Books and Other Thoughts
Matthew Cordell at Just Like the Nut
Rick Chrustowski at laurasalas
Lisa Kopelke at Lisa's Little Corner of the Internet
Melissa Iwai at Brooklyn Arden
Susan Miller at Your Neighborhood Librarian
Joanne Friar at The Longstockings
Annette Heiberg at Lisa's Little Corner of the Internet
Susie Jin at sruble's world
Roz Fulcher at Goading the Pen
Scott Bakal at Wild Rose Reader
Tim Coffey at The Silver Lining
Linas Alsenas at A Wrung Sponge
Ellen Beier at What Adrienne Thinks About That
Alexandra Boiger at Paradise Found
Joe Kulka at ChatRabbit
Kevin Hawkes at Cynthia Lord's Journal
Diane Greenseid at Just One More Book!! 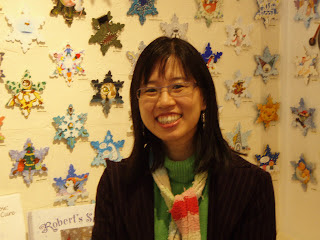 Amy Schimler at Please Come Flying
David Macaulay at Here in the Bonny Glen
Lauren Stringer at laurasalas
Greg Newbold at The Longstockings
Holli Conger at Please Come Flying
Judith Moffaft at Jo's Journal
Lizzy Rockwell at Seven Impossible Things Before Breakfast
Matt Tavares at Please Come Flying
Sheila Bailey at lizjonesbooks
Sophie Blackall at not your mother’s bookclub
Steven James Petruccio at Blog From the Windowsill
Sylvia Long at Whimsy Books
Timothy Bush at Here in the Bonny Glen
Jane Dippold at Just Like the Nut
Jane Dyer at Whimsy Books
Wendy Edelson at What Adrienne Thinks About That
Paul Brewer at A Chair, A Fireplace & A Tea Cozy
Brian Biggs at Seven Impossible Things Before Breakfast
Calef Brown
Timothy Bush
Barbara Lanza
Lauren Stringer
Graeme Base at Just One More Book
Cece Bell at Jo's Journal
Stephanie Roth at Writing with a broken tusk
Sherry Rogers at A Life in Books
John Hassett at cynthialord’s Journal Posted by Elaine Magliaro at 10:15 PM

I'm so bummed that the one snowflake I want (the Susan Miller) is the one you've bid on! I suppose this is what happens when you get the whole kidlitosphere involved in this effort. I've now got my eye on Hanging Popcorn in Beaver Lodge.
I hope you win a snowflake!

I hope I win at least one snowflake this year. Some of the snowflakes don't show as well on the Internet as they do in person. It's great to see fellow bloggers bidding on snowflakes. I believe at least three kidlit bloggers won snowflakes in the first auction.