And the Winner Is!!! 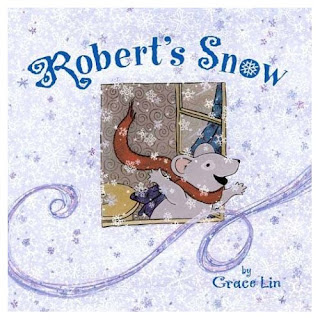 I’m sure many of you are eager to hear who the winner of the Robert’s Snow signed, limited edition giclee print is. First, I’d like to explain how I did the drawing. Each time a person left a comment at one of the posts about a Robert’s Snow artist, I wrote his/her name in a notebook under a column with that illustrator’s name at the top. Last night, I wrote the names of the people who left comments...along with the initials of the artists at whose posts they left a comment on Post-it notes. I used a different color Post-it note for each artist so I could make sure that the notes got well mixed when I shook them around in the basket. Then I put the basket over my head and picked a name. The first person whose name I picked is the winner of the Robert’s Snow limited edition print. The other five people whose names I picked will receive a small print with one or two of the Robert’s Snow mice. The small prints have also been signed by Grace Lin. 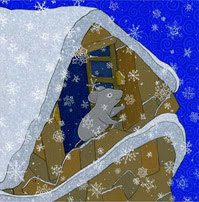 The GRAND PRIZE WINNER is Tricia Stohr-Hunt of The Miss Rumphius Effect.

Here are the names of the other five winners, in the order in which they were plucked from the basket:

Note to Winners: Please email me your addresses. I will probably put your prizes in the mail some time next week. Congratulations to you all!

Thanks to everyone who left comments at my Blogging for a Cure Robert’s Snow artist features.

Auction 1 of Robert's Snow 2007 began yesterday! Why not bid on a snowflake and give it as a very special gift to someone you love?


Happy Thanksgiving, Everyone!
Posted by Elaine Magliaro at 6:20 AM

And congrats, Tricia, you grand prize winner, you!

Okay, I feel a tad bit guilty about winning, I'm not sure why, but let me just say ... Hurray! Thanks, Elaine! Needless to say, I'm thrilled!

Tricia, why feel guilty? Congrats! You deserve it big-time.

I tried to tell Elaine she could give mine to someone else, since -- as coordinator of this whole shebang -- I wanted to sit back and let other bloggers win. But she said no. Twist, twist my arm. To have a mouse print signed by Grace Lin? How exciting, and what an honor!

And I'm in such good company, too.