FYI: Nominations for the new 2009 season will open on October 1st. 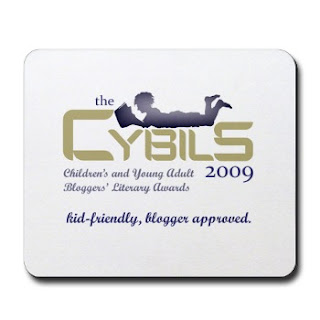 Here’s some news from The Cybils website: The word is spreading, and thanks to everyone who's made the Cybils such a well-organized and respected endeavor over the past three years, we're now officially a fixture on Wikipedia! That's right, the Cybils has a Wikipedia entry , complete with lists of award winners, a little history, and everything else the world needs to know about us.

Read the rest of The Cybils are Wiki-Fabulous here.
Posted by Elaine Magliaro at 9:33 AM

I just checked it out--cool!

I thought it was cool too!

Hey Elaine. I sent you a CYBILS-related email. Did it come through?