I worked on a collection of night poems for weeks last year. I could never shape it into what I wanted it to be--even though I tried hard. Sometimes, when I try too hard, my poems seemed forced. I had to put the collection away. Maybe I will work on it again one day. Here are three poems from two different versions of my collection of bedtime poems:


Sun slid down the western sky


Then Dark crept in on velvet toes


My window frames a patch of sky
where I can watch stars passing by
and see the full moon’s beaming face
smile down on me from outer space. 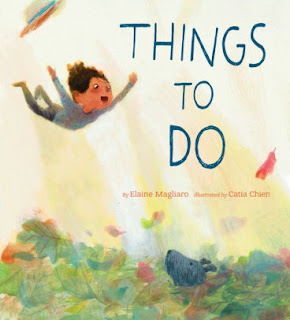 
REMINDER: I am giving away signed copies of my book THINGS TO DO during National Poetry Month. I will collect the names of people who have commented on my blog posts each week in April and put them in a bag. Next Sunday, I will draw a name from the bag of someone who commented on a post that I published during the week of April 8-14.
Drawing dates: April 22, 29, 30.

Your poetry is comforting.