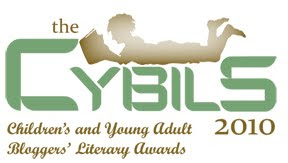 
One of the children’s poetry books nominated for a 2010 Cybils Award is Marilyn Singer’s Mirror Mirror: A Book of Reversible Verse. I think it is an ingenious and clever collection of fairy tale poems. I LOVE fairy tale poems. 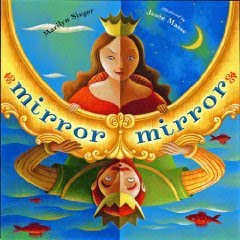 Today, I thought I’d post of three of my own fairy tale poems—which I wrote many years ago. All of the poems are about Snow White’s evil stepmother and mention the magic mirror.

My magic mirror is for sale.
It’s such an awful tattletale!
It told me things about my foe
I’d really rather never know.
I MUST be fairest in the land…
Not second best! You understand?
I want to be the most divine.
My reputation’s on the line!
The seven dwarfs? Those little cretins!
They should be in the dungeon, beaten.
They foiled my plans to kill the lass.
I’ve got to sell my looking glass
And spend the cash on wrinkle cream,
A nose job, and a health regime,
Two weekends at a beauty spa.
Then I’ll look like a movie star.
I’ll be the fairest in the land!
And Snow White?
She can go pound sand!


THE EVIL QUEEN SPEAKS TO HER MAGIC MIRROR

Mirror, mirror on the wall,
You say Snow White is best of all.
She may be lovely, I’ll agree—
But she’s a moron. Can’t you see?
Thrice I fooled her she’s so trusting.
I think her brain needs readjusting.
I’ve never seen her reading books.
She only cares about her looks.
I’m not as pretty as the kid…
But she’s no smarter than a squid.
Why, I’ve earned ten advanced degrees
From seven universities!
I’ll change the question. Now I’ll be
The best in this vicinity:
Mirror, mirror on the wall,
Who’s the SMARTEST one of all?

A: The wicked queen, with great delight,
Concocted schemes to kill the child…
But failed. The queen was driven wild
Each time her mirror told her that
Snow White survived. “That little brat
Is like a cat that has nine lives!
I’m second best while she survives.
Each trick I’ve tried has been for nought.
Now with frustration I am fraught.
Snow White the fairest? Poppycock!
Her snow white face could stop a clock.”

The Poetry Friday Roundup is at Liz in Ink this week.

Posted by Elaine Magliaro at 11:07 AM

OMG. Evil Queen cracks me up! These are so wonderful, Elaine. Thank you. See you soon on the poetry panel and, until then, may things calm down and be well in your life... hugs...

Elaine- I love that Evil Queen! Your poems are always so much fun to read.
Thanks for brightening my day!

What fun and nasty poems! The Queen. The mirror. And Elaine! Who knew you had such an evil side? Hee hee... A.