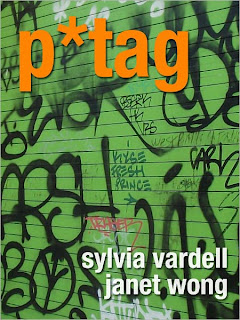 P*TAG is the first-ever poetry anthology eBook for teens! It was compiled by Sylvia Vardell and Janet Wong. It contains 31 new poems written by 31 different poets especially for P*TAG. You won’t find the poems in any other collections or anthologies. (The photos for P*TAG were taken by Sylvia.)

The poets whose works are included in P*TAG:


The P*TAG poems are terrific! Janet and Sylvia gave me permission to post some photos and poem excerpts from the eBook. I think they will give you a good idea of just how great this anthology is.

Reading Allan Wolf’s rich poem about drinking tea in China plunged me into Traveler-Mood—alertly attentive to everything. Once I was awakened by a call from Japan, title needed for forthcoming presentation to teachers—groggily I said, Wind in a Bucket. They took this title very seriously. I bought a green bucket with cat-face in Hayama as visual aid. Maybe everything boils down to wind in bucket, tea in cup, windows, watching. 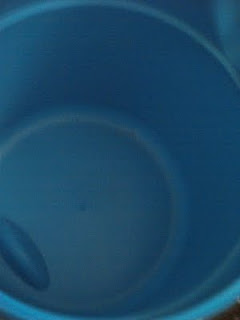 What if, instead of war,
we shared our buckets
of wind and worry?
Said, tell me the story
you carry there,
steeping in old pain
and future hope,
rich with fragrant
savory spices,
ginger, turmeric,
tarragon, find me
a spoon in one
of your pockets,
even if we don’t
speak the same language,
I’ll sip your dream,
and then, and then…

Naomi’s visual poem is fragrant with story—the stories we collect along the path, each to place in our own buckets. I smell the essence of this poem and am transported to the shores of Lake Erie, where I like to wander barefoot, collecting beach glass, other people’s stories fractured and tumbled. Shards of life that were tossed at the Lake and that she tossed back. 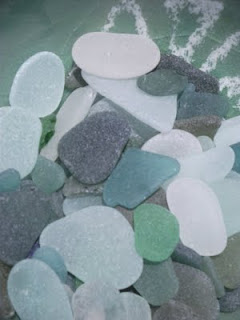 But do they want to be picked up,
sunstruck jewels that once were bottles, bowls, wall tiles?
Now that the novelty of the beach has worn them down
to smooth bits of frost white,
amber, emerald, sapphire mixed with
barely blue and rarely pink.
But aren’t they tired of being pushed around
by the insistent bashing of boisterous waves?
Each shard, its own story,
particulars tossed overboard,
discarded facts disconnected from their origins…

Who doesn’t like a broken blue and white plate? Shards that show up in woods or on beaches make me wonder about the people they once belonged to and what happened before they were wrecked or lost. I’ve broken enough dishes, but the story is usually of carelessness. Well, okay, anger now and then. This poem began with what I’d say after I heard a crash and ended up with a table I never planned to set. 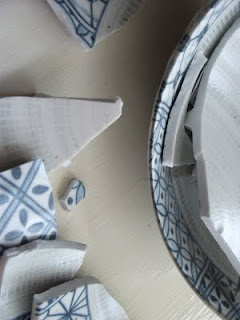 ﻿
Excerpt from Broken
by Jeannine Atkins

It’s only a plate.
But some hearts are made of china
kept at the backs of shelves or in boxes
in attics, sprinkled with balsam
or pine from ancient wreaths.


These drab corners aren’t as silent
as they seem. Saved shards or stubs
of tickets make memory leap-frog
or nudge forgetting into acrobatics...

Lorie Ann Grover’s ethereal “wisp” of a poem floats like goose down, but I wanted my poem to keep its feet on firm ground. When I saw a photo of what I thought was a goose in a barnyard, I knew I had my muse. On closer examination, the goose is actually a swan and the barnyard is actually a park! But goose, swan or person—don’t we all long to leave our “barnyards” and take flight?

(Words from the previous poem by Lorie Ann Grover: trapped, eyes, away) 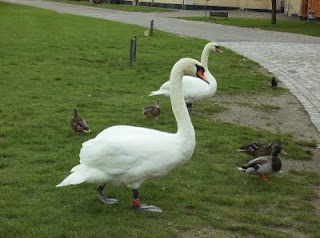 Trapped? I don’t think so.
Don’t let my Silly-Goose act
fool you—I have a wild honk or two
or three that might surprise you,
I’ve got a trick or ten up my wing.
Right now, I strut, I walk, I wait.
But this barnyard can’t hold me.


P*TAG has a lot to offer to poetry lovers--whether they are young adults or old adults like me!

This post means a lot to me, Elaine, because I know that you are not exactly "into" the idea of eBooks. And we poetry-lovers are some of the least-interested in tech (I can barely operate my DVD player). But eBooks really do make it possible to publish a lot more good poetry at an affordable price. It would be impossible to offer this book for $2.99 if we had to pay for paper, shipping, and warehousing! Thanks again for your support.

I was so impressed with the poems in P*TAG. I loved reading them. I'm happy to help spread word about this anthology.

neat post, Elaine & Janet! It's really exciting to see poetry finding this new format, it should be an interesting future. I know I'll be interested to see where this goes!

Your inclusion of an excerpt from my poem means a lot to me, Elaine, because I admire you as a fellow poet. Thanks for spreading the word about this project of Sylvia's and Janet's. I'm posting about it for Poetry Friday - and I just want to say for the record that I had a ball thinking about that "goose" and adding my poem into the mix!

Good morning, Elaine. Thanks so much for posting some of the wonderful poems from the new book edited by Sylvia and Janet. I have both on my Kindle and often go back to read them again. It's an inspiring collection, and an amazing way to get teachers and students thinking about poetry links.

I just love the way these poems are strung together. This collection is really exciting!

It's just a wonderful book, and I just got it, the first one on my new IPad! Thanks to all the brilliant people who put this together. I have played poetry tag with students before, so this will be doubly fun to share.

Very nice post even i would say that whole blog is awesome.

Using three words from the previous comments I will say that the blog post and book are awesome, exciting and inspiring. The idea of leapfrogging is great and I like the ingenious ways that the poems connect. The rules are loose enough to allow each poet to have her (or his) own voice but tight enough to make me curious how the poems will connect to each other. I also like that swans can turn into geese!