This is my friend Daisy Locke for whom the team was named. 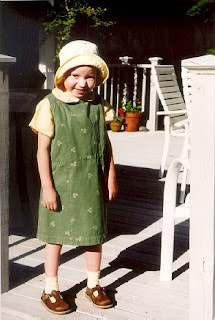 Dana-Farber has also been in my thoughts because of Robert’s Snow 2007. I didn’t win any snowflakes in the first auction. I know that I won two in the second auction. (I might also have won a third snowflake—but I haven’t received notification about that one yet.) And I’ve been bidding on lots of snowflakes in Auction 3!

Here are the two snowflakes I won in Auction 2. One is going to be a Christmas present for someone who is very special to me. 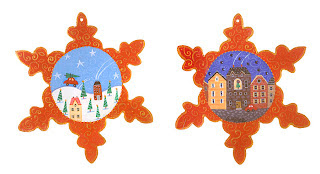 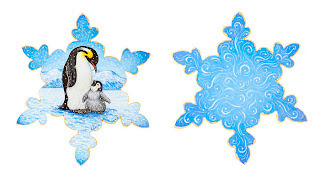 Here are the snowflakes I won in the 2004 Robert’s Snow auctions: 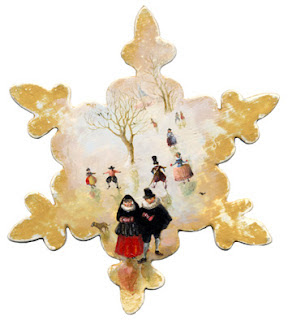 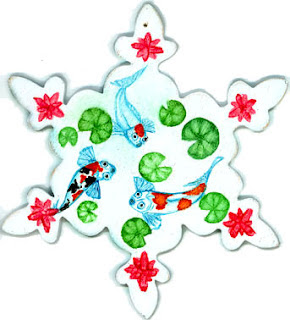 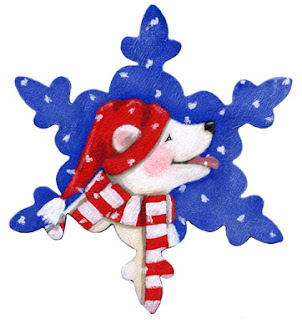 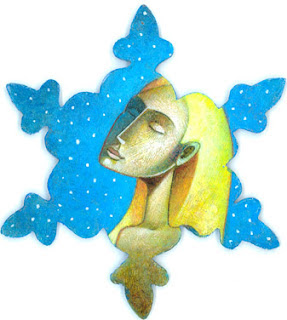 Here are the snowflakes I won in the 2005 Robert’s Snow auctions: 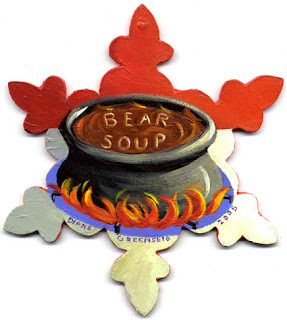 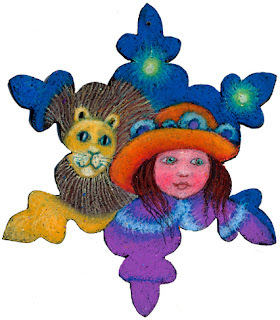 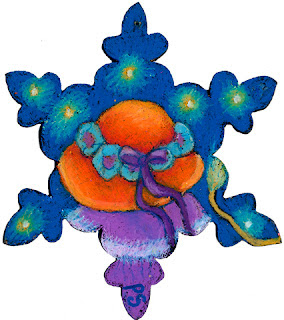 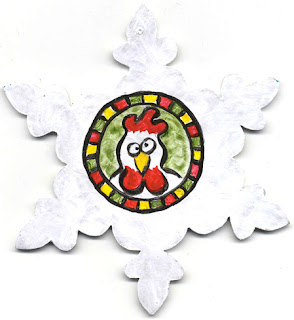 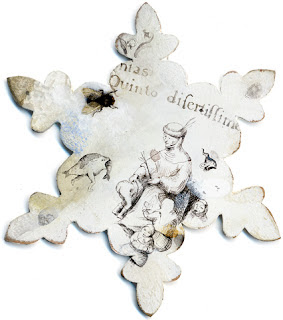 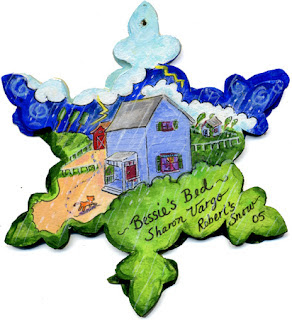 I gave this one to my daughter as a Christmas present.

I love all my snowflakes. They are little treasures. They are also reminders of how I established a close friendship with two very special people—Grace Lin and Robert Mercer. 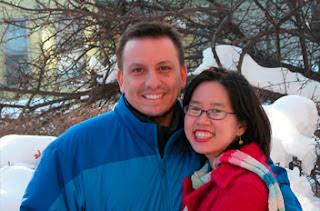 I am hoping that Robert’s Snow 2007 will be a resounding success. Please help us to raise lots of money for sarcoma research by bidding on your favorite snowflake(s) in Auction 3.
Posted by Elaine Magliaro at 12:15 AM

What a beautiful collection! I love the colors in the Gabi Swiatkowska piece!

I am crazy about the Betsy Lewin snowflake. I just love her stuff.

My question is, how do you display them? Do you keep them up all year, or only bring them out in the winter?

Only one more day. I can't believe some of these flakes are going so cheaply. I almost hope I get outbid just to raise more money for the cause.

Gabi's 2004 snowflake is a true work of fine art. It looks like it belongs in a museum.

Grace has framed some of her snowflakes. I hope to frame most of mine, too, and hang them in my living room, dining room, etc. At the present time, my snowflakes are still in the little envelopes they came in. I'm undecided about what to do with the two-sided ones.

Some of the loveliest snowflakes have had just one or two bidders. I bet you'll see a flurry of bidding just before the auction ends tomorrow.

I love the Carol Schwartz snowflake. I was planning to bid on it, and somewhere along the way, got distracted by life and forgot to go back. Boo. Glad to see it found a nice home with you.

I got Carol Schwartz's snowflake for my daughter. It's going to be a Christmas present. I had my eye on that snowflake since I saw it at the first Robert's Snow exhibit at the Child at Heart Gallery.

Oh my gosh! I wanted Gabi's flake so badly two years ago! Congrats on all your wins!

Thanks, Kelly! I think Gabi's artwork is amazing. I love what she does with picture books. You made a great snowflake for Robert's Snow 2007. I'm looking forward to getting your book GALLOP O GALLOP.

BTW: I got a bunch of snowflakes this year. I thought I would be outbid on certain ones that I won in the final auction--but I wasn't!

Such a wonderful collection you have!! Thanks for sharing them.

And now I have your beautiful snowflake to add to my collection! I got a whole flurry of snowflakes in auction 3. (I also got three in auction 2.) I decided this morning to let my daughter open all the "snowflake" packages on Christmas Eve--and tell her she can have her pick of the one(s) she likes best.

Thanks so much for helping with with Robert's Snow 2007!

What a great post! I love Gabi's snowflake. Love her art work.

What beautiful flakes. I think keeping them on display all year would be fun. The Gabi snowflake is my favorite.