GIFT TAG: A Present Wrapped Up in Poetry

I spy a present under our tree.
The gift tag says THIS ONE'S for me!
It piques my curiosity.
I shake the box. What can it be?
It whispers, "I'm a mystery."
by Elaine Magliaro 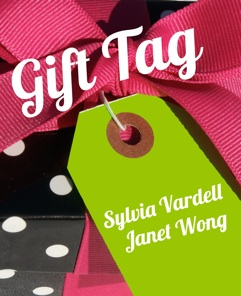 1) They had to choose a photo from the Gift Tag photo blog, http://poetrygifttag.blogspot.com;
2) They had to write about what popped into their minds when they saw the photos;
3) They had to keep their poems short—10 lines (maximum) with no more than 25 characters (with spaces) per line.
After Janet and Sylvia collected all the poems, they supplied the tag: a word and a phrase to connect the poems to each other—sometimes taken from the poems directly and sometimes simply suggested by them. Their goal was to have each poem appear whole on a Kindle screen. They call this form the Kindleku. (Douglas Florian suggested that a better name would be the Kindlekuku.)
GIFT TAG features poems by the following writers:
Jeannine Atkins
Jen Bryant
Rebecca Kai Dotlich
Margarita Engle
Douglas Florian
Helen Frost
Joan Bransfield Graham
Lorie Ann Grover
Avis Harley
David L. Harrison
Sara Holbrook
Lee Bennett Hopkins
Bobbi Katz
Julie Larios
J. Patrick Lewis
Pat Mora
Ann Whitford Paul
Laura Purdie Salas
Michael Salinger
Amy Ludwig VanDerwater
Charles Waters
April Halprin Wayland
Carole Boston Weatherford
Robert Weinstock
Steven Withrow
Allan Wolf
Janet Wong
Jane Yolen

With permission from Janet and Sylvia, I’m posting four of the poems that are included in the Gift Tag anthology. I’m also providing my own “tags” for the poems—or the reasons why I selected them for this post. 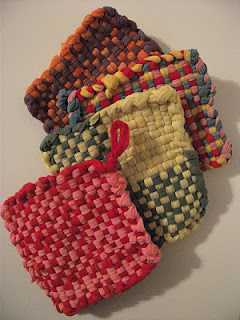 Laura: I made gazillions of these potholder gifts as a kid! This picture made me think of neat, close things, like farm crops. But holidays mean family! Tight-knit (ha!) families weave several people together and that’s what my poem is about.
My tag for Laura’s poem: Lots of girls make potholders when they’re young and give them away as gifts. They feel really proud that they’ve created something with their own hands. I still have a handmade potholder that was given to me by one of my nieces more than thirty years ago. It’s yellow, orange, and white.

We Are Woven
by Laura Purdie Salas

Where one loop goes,
Another follows.
No lonely lines.
No empty hollows.
They dance and chase.
They hold on tight.
Like you and me,
They fit just right! 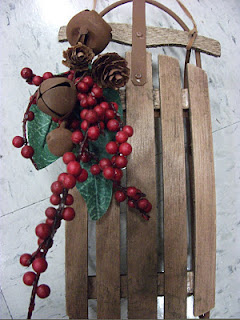 Steven: Seeing the sled brought memories of sliding down snow-crusted slopes with my sisters and brother. Once, our parents let us stay out after sunset and moonlight made everything feel alive. My poem uses an Irish verse form: cethramtu rannaigechta moire.
My tag for Steven’s poem: I lived in a city and across the street from an open area owned by a large company. The company allowed kids to sled and ski down its hill when it was covered with snow. I still vividly recall those winter days from my childhood when I’d scoot across the main road with my wooden sled and spend hours sliding down the hill with friends until my hands were nearly frozen and the sun had set. 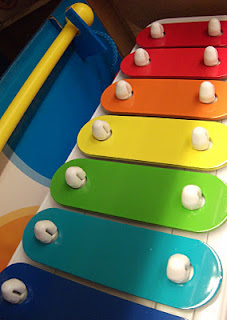 Robert: We gave my daughter a xylophone. Who could resist the promise of those rainbow bars? For the first 16 or so hours it often sounded quite magical. After that you could understand why the neighbors might sometimes smile like Scrooge.

My tag for Robert’s poem: I laughed out loud when I read Xylophone. It brought back a memory of the Christmas when I was in first grade. My dear Uncle Benny gave me a giant drum with cymbals. I loved banging on the drum, clashing the cymbals together, and making LOTS of noise. I can just imagine how my parents felt about that Christmas gift! 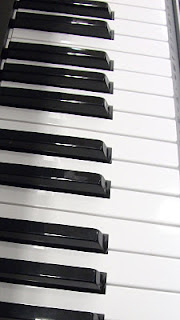 Avis: I love listening to music. The image of a piano fills me with happy thoughts. It reminds me of the many musical journeys I have experienced and how music opens the imagination.


My tag for Avis’s poem: My older sister made beautiful music when she put her hands on the piano keys. Like Avis, I enjoy listening to music. I must admit, though, that I have absolutely no musical ability…whatsoever. I took piano lessons for one year. It was painful for me—and, I assume, for my family. I think everyone was relieved when I quit taking lessons—especially my piano teacher.
A Musical Gift
by Avis Harley

When fingers travel keys
they talk in melodies,
and stories fill the air
as if a book were there.
Imagination peaks
when the music speaks.
What wonders can be heard
without a single word!


NOTE: Although I’m totally inept at making music with instruments—I do try my best to create music with words.
Click here to look inside GIFT TAG.
**********
Robyn Hood Black has the Poetry Friday Roundup at Read, Write, Howl.
Posted by Elaine Magliaro at 10:41 AM

I really love this concept and the form. Beautiful selections too! I hope this ebook gets gifted a lot this season!

Love all these poems and how you supplied your own tags. I also made a lot of those potholders and drove my family crazy with my xylophone playing.

Another wonderful collection by Janet and Sylvia. Kindlekukus rock!

I have the book and each part is just wonderful. I still have my potholder frame & a bagful; have taught my grandson & am waiting for the next to be old enough. I have played poetry tag with my students, who loved doing the connections, just as all of you poets seemed to love doing. I enjoyed your comments for each poem, too, Elaine.

It's true, isn't it? Short and sweet are best.

It's another great collection - thanks for sharing! (And Jama played the xylophone????)

Thank you, everyone, for your comments! Elaine: I love, love, love your tags. Making your own personal connection is EXACTLY what we want readers to do. That's why we took out the mini-tag lines that I wrote; they were too limiting. (The version you saw was an early "collector's item" version that had those tag lines still in it.) Now the format is simpler: photo, poet's reflections, and poem.

I really hope that this book inspires people to share their memories with their kids and grandchildren. (For my parents the Most Wretched Christmas present ever was probably my Flutophone, which undoubtedly cost them a full bottle of aspirin...)

I love the way you joined in the tag concept. I was a quiet potholder-maker myself. And now that you mention it, no one complained when I stopped piano lessons.

Yay for music with words!

(though we will have to get Jama to play the xlophone.)

Thank you, Elaine, for this wonderful post and all your support-- and to all you commenters, too. I love how we all make these personal connections with poetry-- and with each other via poems-- especially sharing cherished holiday memories. What a gift poetry is!