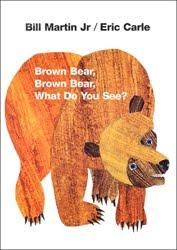 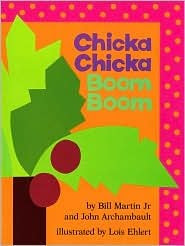 From Think Progress (1/26/2010)
Right-wing Texas Education Board accidentally bans popular children’s book author.
Excerpt:
Last week, ThinkProgress reported on the Texas Board of Education’s push to change the state’s social studies curriculum to marginalize progressives. The Fort Worth Star-Telegram reveals that the latest to be nixed is actually popular children’s author Bill Martin Jr.:
In its haste to sort out the state’s social studies curriculum standards this month, the State Board of Education tossed children’s author Martin, who died in 2004, from a proposal for the third-grade section. Board member Pat Hardy, R-Weatherford, who made the motion, cited books he had written for adults that contain “very strong critiques of capitalism and the American system.”
Trouble is, the Bill Martin Jr. who wrote the Brown Bear series never wrote anything political, unless you count a book that taught kids how to say the Pledge of Allegiance, his friends said. The book on Marxism was written by Bill Martin, a philosophy professor at DePaul University in Chicago.
http://thinkprogress.org/2010/01/26/brown-bear-martin/
********************
More on the story from dallasnews.com (1/25/2010)
Name confusion gets kid's author banned from Texas curriculum
Traci Shurley, Fort Worth Star-Telegram

Excerpt:
Bill Martin Jr.'s name would have been included on a list with author Laura Ingalls Wilder and artist Carmen Lomas Garza as examples of individuals who would be studied for their cultural contributions.
Hardy said she was trusting the research of another board member, Terri Leo, R-Spring, when she made her motion and comments about Martin's writing. Leo had sent her an e-mail alerting her to Bill Martin Jr.'s listing on the Borders.com Web site as the author of Ethical Marxism. Leo's note also said she hadn't read the book.
"She said that that was what he wrote, and I said: ' ... It's a good enough reason for me to get rid of someone,' "said Hardy, who has complained vehemently about the volume of names being added to the curriculum standards.
http://www.dallasnews.com/sharedcontent/dws/news/texassouthwest/stories/DN-books_25tex.ART.State.Edition1.4ba2046.html

Posted by Elaine Magliaro at 2:01 PM

What an absolutely absurd story - and one that just goes to show the ignorance behind bigotry.